Honoring biodiversity this year in the Grand-Est, Normandy and Centre-Val-de-Loire regions

For the 8th consecutive year, the "Fondation du Patrimoine National Animal Agrobiodiversity Prize" has been awarded on the occasion of the International Agricultural Show. 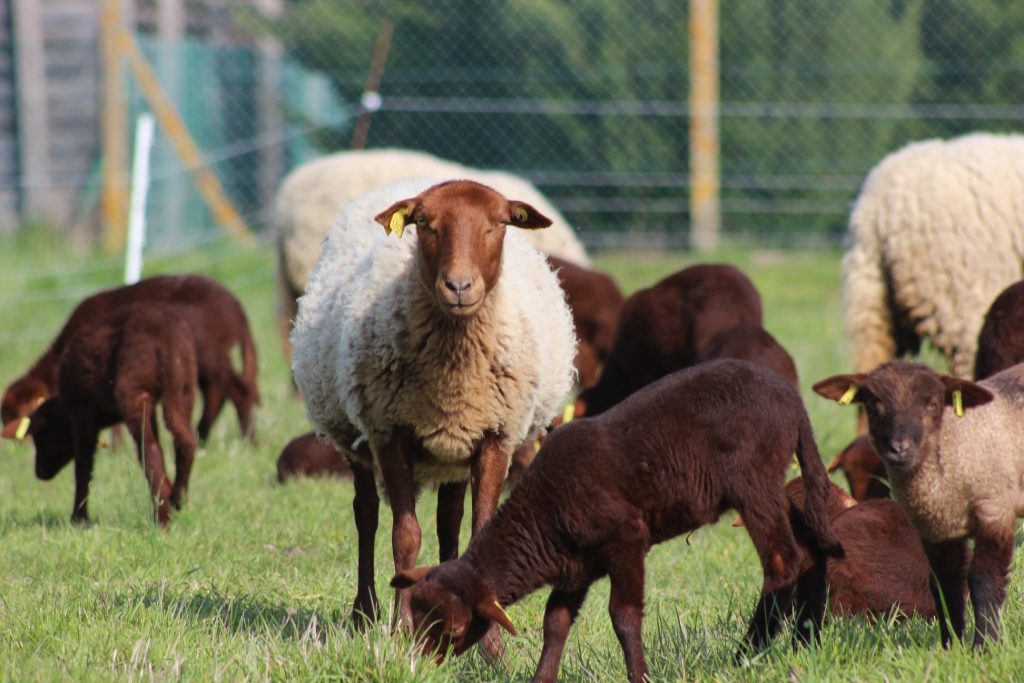 Paris, March 2, 2020 – For the 8th consecutive year, the “Fondation du Patrimoine National Animal Agrobiodiversity Prize” has been awarded on the occasion of the International Agricultural Show. Two breeders and one association received awards for their commitment to the preservation and promotion of endangered French agricultural breeds.

BIODIVERSITY STRENGTHENING THE IMAGE OF “MADE IN FRANCE,” WITH PROJECTS PROMOTING COSMETICS, TEXTILES AND LIVING HERITAGE

For this 8th edition of the event, Sandrine Arcizet, journalist/TV presenter specializing in animals and new patron of the Prize, went to meet the winners. Sandrine’s interviews bring out not only their stories and their plans for the future, but above all their commitment to preserving French agricultural biodiversity.

For the past 4 years, Sarah has raised a herd of Lorraine goats in free-range conditions. In order to promote this so-called small-population goat breed (around 700 head in France) and contribute to its wider renown, the breeder had the idea of ​​creating a range of cosmetics based on goat milk: solid soaps, lip balms, body butters, etc.
To do so, she has set up a production laboratory allowing her to produce several cosmetic products, the production and marketing of which will be launched in spring 2020.

This collective of breeders and textile designers wishes to commercialize the wool of several endangered breeds of Normandy sheep: Roussin de la Hague (around 3,000 heads in France), Avranchin sheep (around 700) and Cotentin sheep (around 1,000). Since 2017, Laines à l’Ouest has been working on the production of knitting yarn made in Normandie, collecting fleece from 20 breeders in the region. Each year, the volume of wool collected doubles; this requires that measures be taken now to improve sorting and storage methods and increase the visibility of the collective amongst knitters outside the region.
In 2020, the collective hopes to be able to remunerate its project leaders and start to work with a small processing operation, and thus to further promote the advantages of wool produced from local breeds. Its objective: to promote awareness among the general public of the French heritage of animal husbandry and artisanal craft.

Clearly the issue of the decline in biodiversity is a crucial one, with 1 million animal and plant species now threatened with extinction(1). Among these, one-third of the French breeds of farm animals are endangered, though historically France has had a wide variety of ovine, equine, poultry, bovine, caprine and porcine breeds. In many regions, breeders are taking action to conserve this biodiversity, a veritable genetic heritage that constitutes the wealth of the French agricultural landscape. Developing eco-grazing projects, creating educational farms, promoting production through direct sales… there are as many projects as there are passionate breeders.

To support their commitment, the Fondation du Patrimoine and Ceva Santé Animale created the National Animal Agrobiodiversity Prize in 2012 with support from a private sponsor. Placed under the high patronage of the Ministry of Agriculture, the prize rewards original actions taken for the preservation and commercial development of French agricultural breeds with small populations. In selecting the three winners, the jury bases its decision on three major criteria: the economic value of the project, its social or environmental impact on the region, and the awareness promotion and communications activities undertaken in the interest of preserving a given breed.

“Animal biodiversity is an absolutely crucial issue today, in particular considering the phenomenon of climate change that we must now face. It is important that we give our support to these breeders, who, in all regions of France, are engaged in sustainable agriculture projects and are working on the commercial development of animal biodiversity so as to help preserve our ecosystems, our regions and our genetic heritage. It’s one of our nation’s greatest treasures!”.

“The Fondation du Patrimoine has been tasked with safeguarding both our built heritage and our natural heritage. We do not distinguish between nature and culture, biodiversity and human activities. Our local agricultural breeds and varieties have shaped the landscape in the countryside, and still today they continue to preserve them. They are rich in a unique genetic heritage. With this prize, we are proud to provide our support to breeders who are working to preserve this living heritage, which belongs to us all.”

Honoring biodiversity this year in the Grand-Est, Normandy and Centre-Val-de-Loire regions

About the Fondation du patrimoine