About Ceva
Together, beyond animal health 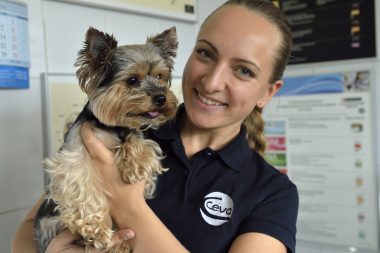 As a multinational company devoted to research, we rank 5th globally in the animal health industry.

We help veterinary professionals and those who look after animals all around the world to achieve the highest possible standards of health and wellbeing for the animals in their care. We research, develop, manufacture and supply vaccines, pharmaceutical medicines and other animal health products, together with the equipment, training, technical support and specialised services to ensure their optimal use.

Our business is organised around four areas: poultry, swine, ruminants and companion animals.

Our “Together, Beyond Animal Health” vision emphasizes that the health and wellbeing of people, animals and our planet are totally interlinked. 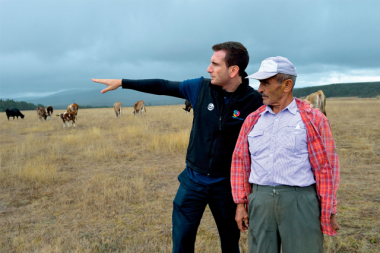 Our values reinforce our ‘One Ceva’ culture.

They underline our commitment to provide excellence for our customers through innovation.

We live our 4 values daily

Decision-making comes with responsibility. Making proactive decisions based on sound business priorities is something we do every day. We find solutions and are accountable.

Always Together, Ceva is independent and interdependent. We respect the work and cultures of others, and share in both their successes and difficulties.

A multinational present on the five continents, Ceva's rich history spans more than a century.

In 1999, two French pharmaceutical companies, Sanofi and Synthélabo, merged to form Sanofi-Synthélabo. Soon afterwards the new company divested its animal health and nutrition business. This business was acquired through a leveraged management buyout. This resulted in the establishment of Ceva Santé Animal with its headquarters in Libourne, near Bordeaux.

In 2007, Ceva management and employees, many of them qualified and experienced veterinarians, became majority shareholders in the company’s third financing round.

Ceva inherited a rich history of vaccine making through its European subsidiary, Ceva Phylaxia. Founded in Hungary in 1912, the Phylaxia Vaccine Production Cie produced the first vaccine against classical swine fever. World famous scientists including József Marek and Aladár Aujeszky were closely associated with the company. 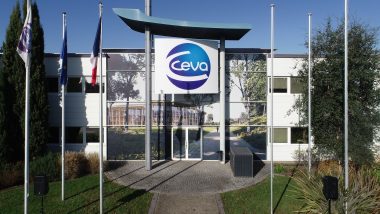 Over time we have become a truly global research-based business and a recognised leader and pioneer in areas as diverse as hatchery vaccination, reproductive management of farm animals and behavioural control products for dogs and cats.

This growth has been achieved both organically and through carefully chosen strategic acquisitions of companies from all around the world.

Over the past 20 years, we became the world’s fifth largest veterinary pharmaceutical company, and became the leading French animal health company.