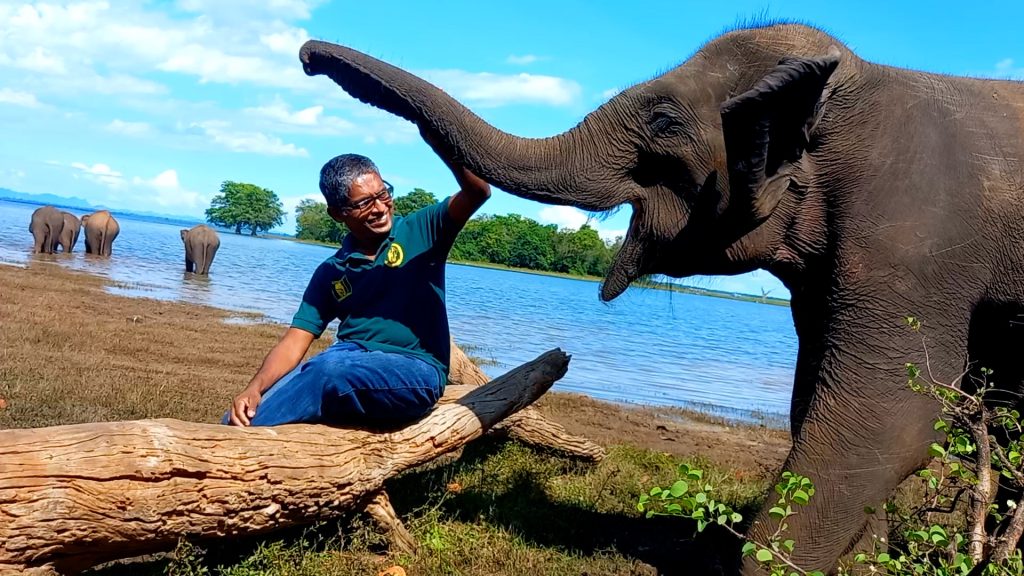 Libourne, 30 March 2022 – The World Veterinary Association (WVA) and Ceva Santé Animale are honoured and delighted to announce the winners of the 2021 Global Animal Welfare Awards.

The Global Animal Welfare Award 2021 aims to recognise people and institutions for their dedication and outstanding work going ‘above and beyond’ to protect and safeguard the welfare of animals and promoting the animal welfare concept and approach in their daily life.

The official award ceremony was held during the 37th World Veterinary Association Congress in Abu Dhabi, UAE to present the awards to 6 veterinarians, a veterinary student, a veterinary nurse and the University of Veterinary Medicine. During the ceremony, short videos were presented highlighting the work of each of the award recipients in their respective fields under a single common goal – improving the welfare of animals.

The WVA and Ceva Santé Animale are thrilled to continue their collaborations to underline and recognise the work done by outstanding people and institutions to advance animal welfare.

And the winners are…

Dr Rademeyer has introduced animal welfare throughout her numerous responsibilities as a veterinarian working across the species in South Africa and has devoted much of her career to animal welfare education.

She has also worked tirelessly with organisations such as the People’s Dispensary for Sick Animals, in Soweto, Johannesburg, supporting animals and people who cannot afford simple medical care for their pets. She is also a regular volunteer at the Highveld Horse Unit, South Africa’s largest equine organisation.

Dr Perera works as a wildlife veterinarian at the Department of Wildlife Conservation in Sri Lanka. Operating with a dedicated team, he deals with all types of animals from endangered pangolins, to wild cats and elephants that are injured in the wild or areas of conflict.

He is an award-winning author on animal welfare subjects and spends much of his time educating adults and children about the value of animal welfare in Sri Lanka’s rich population of wildlife.

In 1997 he became a professor in laboratory animal science and welfare at the University of Copenhagen School of Veterinary Medicine. In addition to improving the organisation of the veterinary use of research animals, he built up a major teaching system, which today is probably the largest of its kind in the world.

Dr Carrascal is highly recognised and respected both in Colombia and in Latin America for his work on the subject of animal health and welfare. As Animal Welfare and One Health leader and with his continuous work for several years and career he has offered science-based and academic support to develop the creation of the animal welfare framework in the city of Montería, Colombia.

He has also brought significant impact changes in the Department of Córdoba population with projects with the community giving a better quality of life both, to people, animals and the environment and in the region from the One Health and One Welfare framework.

Dr AlDhaheri is an advocate for animal welfare since she was qualified as a veterinarian in the United Arab Emirates. She has joined various non-governmental organisations, giving help to treat stray, abandoned or injured animals in her own country.

She also volunteered for the Cheetah Conservation Fund in Somaliland in 2018 where she provided care for orphaned cheetah cubs. She had to monitor rescued cubs continuously, and feed, medicate and run minor tests on animals with the few resources she had.

Dr Tickel is the livestock emergency management subject matter expert at the Institute for Infectious Animal Diseases (IIAD) at Texas A&M University. His expertise is specifically sought after for issues related to emergency management on both national and international levels.

Over the years, Dr Tickel has honed his focus on addressing animal welfare issues while leading responses to numerous natural disasters, including hurricanes and disease outbreaks.

While studying at the Nantes-Atlantic National College of Veterinary Medicine in France, Ana designed a special application to monitor the health and welfare of dolphins at the Planète Sauvage zoological park in Nantes. Today, as a young veterinarian, Ana continues to develop and to apply animal welfare techniques in the veterinary clinic where she works.

Ms Whitten is a licensed veterinary technician currently employed as a Research Assistant, at the University of Alabama at Birmingham, Department of Ophthalmology.

She is an active member of the National Association of Veterinary Technicians in America (NAVTA). From 2011‐to 2017, she also served on the AVMA Committee on Veterinary Technician Education and Activities (CVTEA), which is the U.S. accrediting body for educational programs in veterinary technology.

The University of Veterinary Medicine of Hannover has been a pioneer in animal welfare and research for many years both in Germany and neighbouring EU countries. The University has also been a leader in the development of Alternative and Complementary Methods to Animal Experimentation and established the first national centre for this discipline in 2009. Since 1981, the University has been organising the annual conference “Current Problems in Animal Welfare”.

About Ceva Santé Animale
Ceva Santé Animale is a French multinational veterinary pharmaceutical company created in 1999. Chaired by Dr. Marc Prikazsky, Ceva specializes in the research, development, production and marketing of pharmaceutical products and vaccines for livestock (ruminants, swine, poultry) and companion animals. Ceva is present in 110 countries and employs over 6300 people worldwide.

About World Veterinary Association
The WVA represents around 500.000 veterinarians around the world through its 95-member associations and is a broad global veterinary community that offers advocacy, support, and education with a variety of partners for focused global veterinary issues. The WVA mission is to assure and promote animal health and welfare and public health globally, through developing and advancing veterinary medicine, the veterinary profession as well as public and private veterinary services. Visit www.worldvet.org, WVA Facebook page and on Twitter.